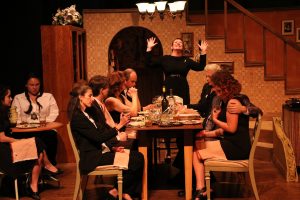 A vanished father. A pill-popping mother. Three sisters harboring shady little secrets. On the Oklahoma plains, home is where the heartbreak is.

Winner of the 2008 Pulitzer Prize and Tony Award for Best New Play, August: Osage County centers around the Weston family, who all come home after their patriarch, world-class poet and alcoholic Beverly Weston, disappears. The matriarch, Violet (Vi), depressed and addicted to pain pills and “truth-telling,” is left reeling after the disappearance of her husband. Her three daughters, Barbara, Ivy and Karen, are each harboring their own deep secrets. Adding to the family dynamic is Violet’s sister Mattie Fae (who is well-trained in the Weston family art of cruelty) and her husband and son. Tensions heat up and boil over in the ruthless August heat as this ferociously maladjusted family finds themselves holed up in their large family home on the desolate plains of Osage County, Oklahoma. Bursting with humor, vivacity, and intelligence, August: Osage County is both complicated and funny, vicious, and compassionate, enormous and unstoppable. 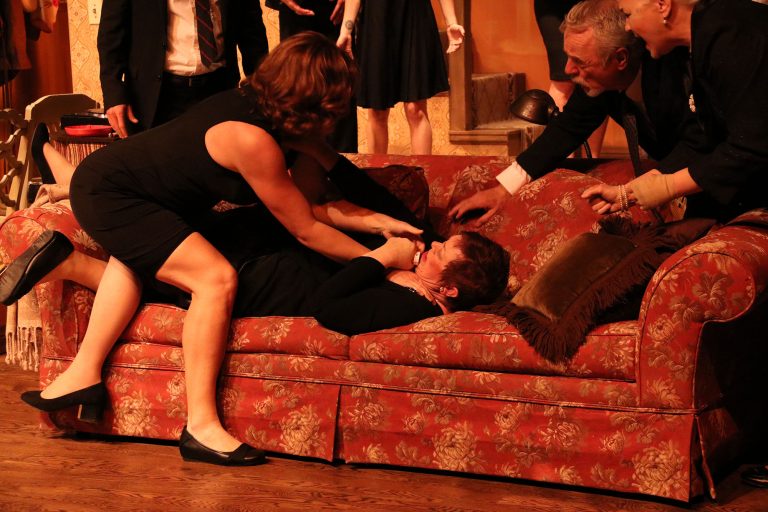 According to a New York Times Critic, you will leave the theatre “. . . wrung out and exhausted from laughing, but you may still find yourself hungry for more.” Winner of both the 2008 Pulitzer Prize and Tony Award, August: Osage County has earned international acclaim. While Merle Streep and Julia Roberts were nominated for multiple awards for the recent movie adaptation, the story is told best through the intimacy and intensity of live theatre. Prepare to see OpenStage’s compelling actors at their best, exploring the deep love and deep hurt that only family can create. Company co-founders Bruce and Denise Freestone lead the Weston Family as Bev and Vi, with the dysfunctional family enriched by the familiar OpenStage talents of Judith Allen, Charlie Ferrie and Sydney Parks Smith. With thirteen cast members and a three-story set, August: Osage County is every bit as large as life. You will laugh, you will cry, and you may have to visit the therapist afterward.

"Packed with unforgettable characters and dozens of quotable lines, August: Osage County is a tensely satisfying comedy, interspersed with remarkable evocations on the cruelties and (occasional) kindnesses of family life." —NY Sun

"This is a play that will leave us laughing and wondering, shuddering and smiling, long after the house lights come back on." —NY Newsday

"This original and corrosive black comedy deserves a seat at the dinner table with the great American family plays." —Time Magazine

Tracy Letts is a supremely talented playwright and actor. In the past he has supplied OpenStage Theatre with the smash hit Superior Donuts (2015) and the cult classic Bug. He is also well known for the dark comedy Killer Joe. Both Bug and Killer Joe have also been adapted to film. Letts has gained numerous accolades and continues to make a big impact in the world of theatre. He has gained the reputation of being a “must-see” playwright. Letts is also known for his portrayal of Andrew Lockhart in seasons 3 and 4 of Showtime's Homeland, for which he has been nominated for two Screen Actors Guild Awards as a member of the ensemble. He moved to Chicago at the age of 20 and worked for the next eleven years at Steppenwolf Theatre Company and Famous Door. He is still an active member of Steppenwolf, as well as a founding member of Bang Bang Spontaneous Theatre, whose members included Greg Kotis (Tony Award-winner for Urinetown) and Michael Shannon (Academy Award-nominee for Revolutionary Road). 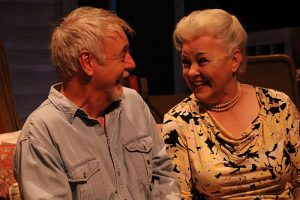 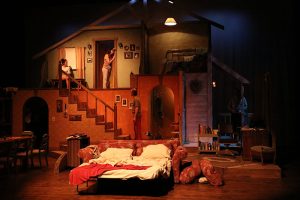 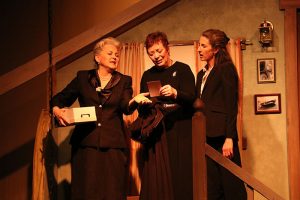 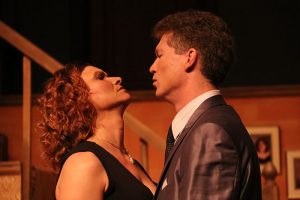 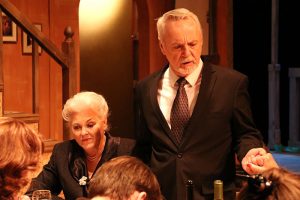 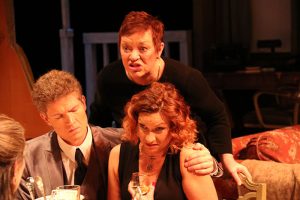 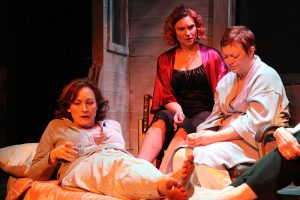 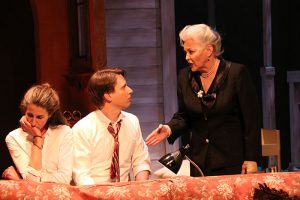 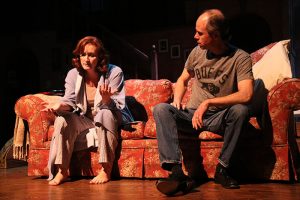 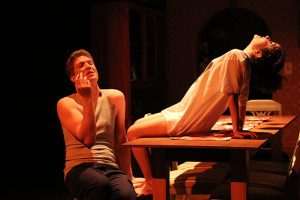 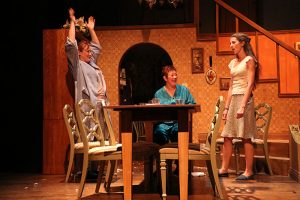 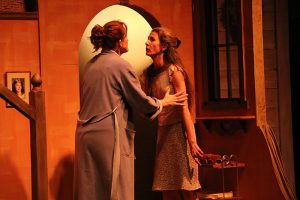 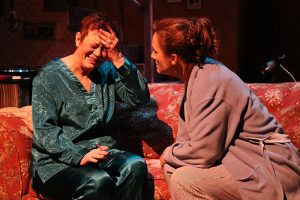 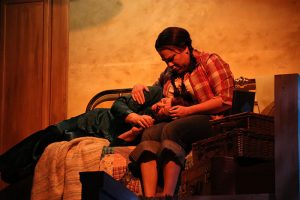 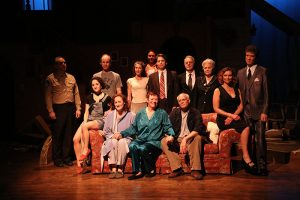