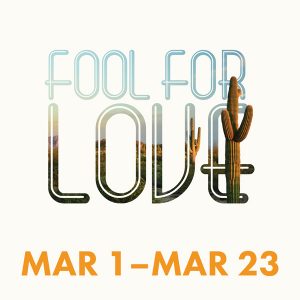 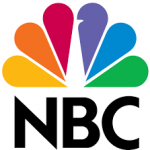 "'Fool for Love' is classic Shepard: Family dysfunction, a Western setting and some dark and twisted stuff leading up to a big reveal (or two)." NBC New York

May is waiting for her boyfriend in a run-down motel when her old flame Eddie turns up and threatens to undermine her efforts and drag her back into the life that she was running away from. The situation soon turns complicated … Reunited by a powerful but toxic love which they are unable to reconcile or walk away from, May and Eddie are torn between love and hate, lust and disgust, as they tear each other limb from limb. 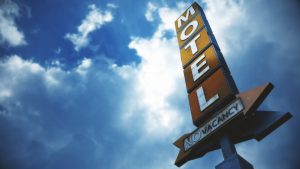 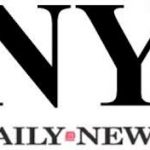 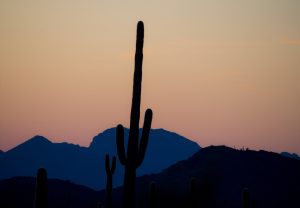 In this ugly and claustrophobic place, lust turns to violence as wild and buried passions are unearthed. Dark secrets are revealed in an explosive story of gripping jealousy, brutal betrayal, and the deepest kind of love. Past, present and reality collide in this searingly funny, dark portrayal of love, loss and identity set against the stark backdrop of the Mojave Desert.

OpenStage Theatre’s etcetera Season is raw, real, honest and intimate cutting-edge theatre in non-traditional spaces. With the actors only a few feet away audience members are drawn deeply into the action of the play, creating a powerful and unforgettable experience. Be prepared for a moving, intimate experience that will leave you thinking and feeling long after the lights come up.

Sam Shepard (1943-2017) was an American actor, playwright, author, screenwriter, and director whose body of work spanned half a century. He won ten Obie Awards for writing and directing, the most given to any writer or director. He wrote 55 plays as well as several books of short stories, essays, and memoirs. Shepard received the Pulitzer Prize for Drama in 1979 for his play Buried Child.

Shepard's plays are chiefly known for their bleak, poetic, often surrealist elements, black humor, and rootless characters living on the outskirts of American society. He received critical acclaim almost from the beginning of his career, and his work has been staged throughout the world.

Shepard was also known for his work as an actor.  He acted in more than 50 films and had more than a dozen roles on television. https://en.wikipedia.org/wiki/Sam_Shepard 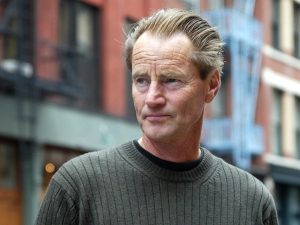