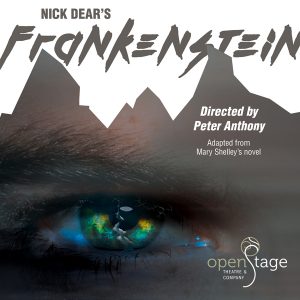 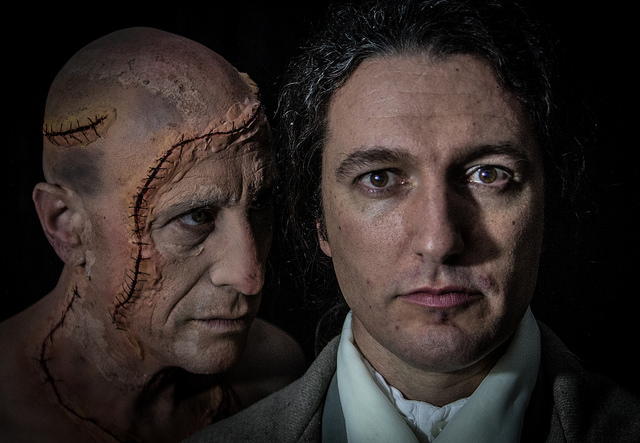 Timothy Ackerman as The Creature and Heath Howes as Victor Frankenstein in OpenStage Theatre’s production of Frankenstein by Nick Dear. Photography by Kate Austin-Groen Photography