Get Tickets
View the Virtual Program 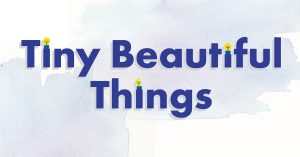 Based on the Book by Cheryl Strayed

Adapted for the Stage by Nia Vardalos

Based on the best selling book by Cheryl Strayed and adapted by Nia Vardalos for the stage - this play is about recognizing the chaos, healing when you are broken and finding the spirit and determination to move on.

Playing in the Backyard at the Museum of Discovery 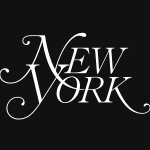 “Catharsis, that ancient communal ritual of purging and healing…a show that aims to open our eyes to the tiny moments when the world surprises us with care.” – New York Magazine

Life is messy. You know it. I know it. So does Sugar.

A celebration of our imperfections, frailty, strength and absolute humanness - Tiny Beautiful Things follows the relationships between online advice columnist, Sugar, and the many real-life readers who share their most intimate secrets with her. With empathy, courage and compassion she weaves her own life story into the support she offers to her many readers. 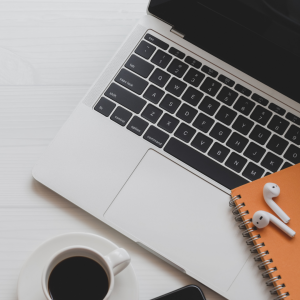 “Tiny Beautiful Things is about the endangered art of listening to – and really hearing and responding to – other people…it works beautifully as a sustained theatrical exercise in empathy.” – The New York Times 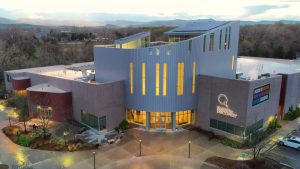 This production takes place outside, in the “backyard” of Fort Collins Museum of Discovery. Pack your blankets and chairs and join us!  Don’t forget your mask...they are required.

Replenish before you arrive! Please refrain from packing personal picnics or drinks for this performance. There will be no food trucks at this outdoor venue.

This play is staged as Sugar at home behind a laptop, the actors voicing their letters aloud to Sugar. Sugar replies aloud with advice wrapped around pieces of her life story. The letters range from the light-hearted (someone’s girlfriend has a Santa Claus fetish) to the serious (ought a survivor of sexual abuse disclose her trauma to her current partner). Sugar’s responses always convey authenticity, compassion, and strength.

OpenStage will be staying up to date and abiding by the restrictions and guidelines  that the state and county provide for the safety of the audience and the artists. You will receive an email before the performance detailing the protocol for the show. At this time, the audience will need to be masked and socially distanced.

Cheryl Strayed is the author of the #1 New York Times bestselling memoir Wild, the New York Times bestsellers Tiny Beautiful Things and Brave Enough, and the novel Torch. Wild was chosen by Oprah Winfrey as her first selection for Oprah's Book Club 2.0. Strayed's books have been translated into nearly forty languages around the world and have been adapted for both the screen and the stage. Read More

Nia Vardalos is a Canadian-born actor, writer, and director for both film and stage. She wrote and starred in the hit film My Big Fat Greek Wedding, and its sequel, which earned her an Academy Award nomination for Best Original Screenplay, a Golden Globe nomination for Best Actress in a Motion Picture Musical or Comedy, and an Independent Spirit and People’s Choice Award. Stage credits include Jennie in Theatre20’s Company, directed by Gary Griffin, and writer and actor for twelve of The Second City’s revues (Jeff Award winner). Additional writing and acting film credits include Connie and Carla and I Hate Valentine’s Day. Film and television acting credits include My Life in Ruins; For a Good Time, Call …; Graves; The Catch; Jane the Virgin; and Crazy Ex-Girlfriend. She is the author of Instant Mom. Read More

Marshall Heyman is an editor and writer living in New York City. He writes the daily “Heard and Scene” social column for Wall Street Journal. Over the years, he has contributed to such publications as The New Yorker, Vanity Fair, Vogue, Glamour, InStyle, W, Harper’s Bazaar, Cosmopolitan, New York, Slate, and many others. He has also written for television.

Thomas Kail directed the Off-Broadway and Broadway productions of Lin-Manuel Miranda’s In the Heights and Hamilton, for which he received the 2018 Tony Award for Best Direction of a Musical. Other Broadway credits include Lombardi and Magic/Bird. Off-Broadway credits include Faust, The Wiz, Broke-ology, When I Come to Die, Family Furniture, and The Tutors. He co-created and directed the world premiere of Tiny Beautiful Things, adapted by and starring Nia Vardalos, and directed the world premiere of Dry Powder, starring Hank Azaria, Claire Danes, John Krasinski, and Sanjit De Silva at The Public Theater. In addition to numerous awards, he was the recipient of the Kennedy Center Honors Award in 2018. Read More 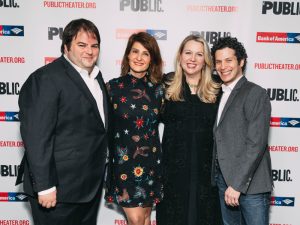 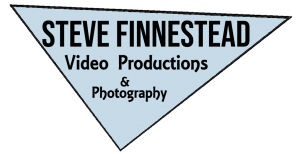