“…powerful, riveting…handles a complex and intellectual debate in a relatable way and that, more importantly, shows the human and real consequences of choices based in spirituality.” —National Catholic Reporter

Twenty years ago, Pastor Paul’s church was a modest storefront. Now it’s a gleaming megachurch. Paul is about to deliver a sermon that will shake the foundation of his parish to its core. Certainty and doubt come to a head as his stunning revelation just may convert his congregation of thousands into a congregation of one. A compassionate nuanced look at faith in America—and the trouble with changing your mind. 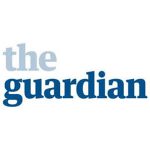 “Whether or not you believe in God, you should believe in Lucas Hnath.” - The Guardian

Effective Monday, April 25, 2022, masks will continue to be optional but strongly recommended, for our shows in the Lincoln Center Magnolia Theater and other indoor performances. All COVID vaccine and negative COVID test mandates for audiences have been lifted. We will continue to follow COVID cases and update our protocols if and when necessary.

In just ten years, Pastor Paul’s modest ministry has grown into a massive megachurch, with thousands of believers coming through its doors each week. After having just paid a large debt, Pastor Paul begins a Sunday sermon with what sounds like a soothing boilerplate, “Dear Lord, bring us together today, bring us together in our hearts and souls and minds.” But he soon reveals that his call for solidarity comes from a place of greater urgency.

While attending a conference, he heard a missionary speak about a teenage boy in a violence-driven country who ran into a burning grocery store to save his sister and subsequently died of his wounds. The idea that because the boy was not saved in the Christian sense became very unsettling for the pastor. After much thought, contemplation, and study, Paul announces in his sermon that it will no longer be church policy to believe in hell. A debate occurs between him and one of his Associate pastors, and eventually, the church splits between those who agree with Pastor Paul and those who agree with Joshua, his associate pastor. 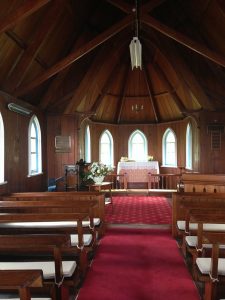 “…plants the audience squarely in the thick of the battle…utterly engrossing…many attendees bowed their heads at each call for prayer before reminding themselves that this is, in fact, just a play.” —BroadwayWorld.com

OpenStage Theatre’s etcetera Season is raw, real, honest, and intimate cutting-edge theatre in non-traditional spaces. With the actors only a few feet away audience members are drawn deeply into the action of the play, creating a powerful and unforgettable experience. Be prepared for a moving, intimate experience that will leave you thinking and feeling long after the lights come up.

Playing at the Christ United Methodist Church on 301 E Drake Road in Fort Collins. Structured as a Sunday service with the audience sitting in the pews, The Christians is a play that delves deep into the theology of modern Christianity and the personal experiences that shape religion for each individual.

Lucas Hnath grew up in Orlando, Florida. He moved to New York City in 1997 to study pre-med, and then changed to dramatic writing at the Tisch School of the Arts, at New York University, earning a BFA in 2001, and an MFA in 2002. He teaches at New York University and is a resident playwright at New Dramatists.

Other plays include: Red Speedo, A Doll's House, Part 2, and Hillary and Clinton. 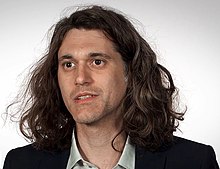 Producing Sponsors for The Christians