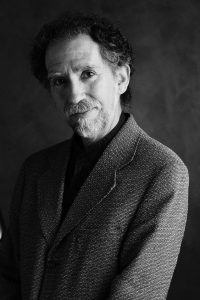 Peter is a multi-disciplinary theatre artist, director and designer of over a hundred productions staged in Colorado, California and Oregon. His work ranges from classics to contemporary drama and multimedia dance-theatre works. Most recently, Mr. Anthony directed and designed La Bête, Orphans, Journey to the West and Dangerous Liaisons for OpenStage Theatre. Other recent work includes directing and designing for Fort Collins Children's Theatre, The Dance Connection, Boulder's Nomad Theatre, Bas Bleu Theatre, Opera Fort Collins and Denver Civic Theatre. Mr. Anthony’s original produced works include Ruins(with Perry Sheafor), Miranda Moon for OpenStage Theatre and Dreamland for IMPACTheatre. He is a member of the Dramatists Guild of America and holds a Master of Fine Arts Degree from the University of California, Irvine, where he worked with internationally acclaimed director Jerzy Grotowski. He has received numerous OpenStage OPUS Awards for directing and designing and is the recipient of the OpenStage Founders' Award, which is awarded annually to an individual who has made outstanding contributions to the Company.

Arthur Miller's The Crucible is a fictionalized account of actual events that occurred in Salem, Massachusetts, in 1692, events that led to eighteen people being hung for witchcraft. Miller wrote the play as an analogue to the Communist witch-hunt led by Senator Joe McCarthy during the post-war 1950's. Miller himself was called before the Senate hearings, but refused to appear. The contemporary relevance of the play remains with us today as the stability of our society seems threatened by real and imaginary, or perceived, forces and people: the war on terror giving rise to the increasingly pervasive surveillance state, the distrust and fear fracturing America over the shifting demographics of the populace.  All this leading to the demonizing of our differences: religious, political, cultural, racial, sexual. The result is suppression of the natural expression of life. Such suppression will always, eventually, erupt within a society, seeking release. In the face of today's trends, The Crucible stands as a warning to us all.

"Man seeks for drama and excitement; when he cannot get satisfaction on a higher level, he creates for himself the drama of destruction."  - Erich Fromm

Fear is the enemy of love."