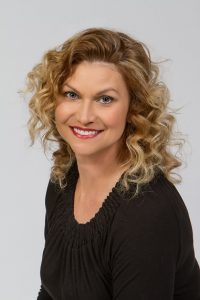 "The challenge and heart of this show is its REALNESS; These ladies are not caricatures, they are characters that embody a little something in all of us. My challenge has been to bring that to the costumes as well. I LOVED the spectacle and big hair of the 80’s as a teenager, but the multi-generational southern women of Steel Magnolias are far removed from the sparkle of MTV.

So, after rejecting most of our teeny tiny vintage 80s prom dresses in stock, I instead recreated the famous (infamous?) 1980s silhouettes to fit each character and actress. I hope you can’t tell the difference between what is vintage and what has been recreated for this beloved show and its characters!" -Rebecca Spafford, Costume Designer