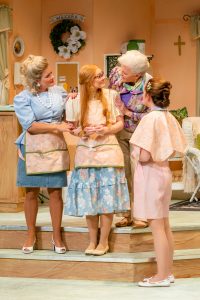 The opening of Steel Magnolias has stolen our hearts within the OpenStage community. We love sharing the lives of this colorful cast of characters as they gossip, gab, and encourage one another. However, OpenStage strives to be inclusive to all of our community and provide an enjoyable experience for everybody.

We are thrilled to announce that we will be having our first show performance with an ASL interpreter signing SUNDAY FEBRUARY 10th at 2:00pm! We look forward to this special show and welcoming the deaf and hard of hearing community into the story! We hope that this show will warm your hearts just as much as it has ours. Join us!