Meet the Cast of ‘Fool For Love’ : Teal Jandrain 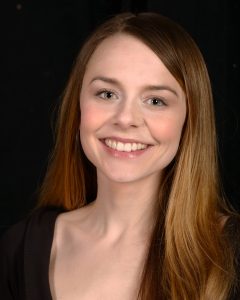 “Miss May is more than my favorite written character, she's a long time obsession of mine. She's a spitfire with a velvet soul, a bowl of strawberries and a hornet's nest, the best kind of enigma you just can't stay a step ahead of. She's caught in love like a bear trap. She'll snap, and you'll find yourself leaning in to see what she's does next... both a blessing and a hex. She's a flame that dares you to draw closer. She rides a thin line between red ribbons and razor blades, a sinner who still longs to be saved, and a lost soul who still wishes and prays. She's the part of the song that stays in your head all day. She has a very specific way that May.” - Teal Jandrain

Teal is a Fort Collins native and has been acting locally since childhood. Her theatrical pursuits began with the immensely encouraging teachers at Debut Theatre Company, where she found her footing as an actor and learned technical theatre skills in over twenty plays. Teal has been honored to work with OpenStage in The Most Massive Woman Wins, Moon Over Buffalo, The Rocky Horror Show, Bullshot Crummond, The Ultimate Beauty Bible and H20. She also grew as a performer with Bas Bleu Theatre, appearing as Susie in Wait Until Dark and as Jill in their recent production of Equus. Additional favorite shows include Moon in Blood Wedding, Lucy in Dracula, Dunyazade in Arabian Nights, and most recently in one of her dream roles, Abigail Williams in The Crucible. Teal studied at AMDA in Hollywood, pursuing her passion for film acting, dance and screenwriting. She intends to keep chasing her silver screen dreams. Teal adores gothic horror. To quote her hero Elvira, "unpleasant dreams!”