Meet the Cast of ‘Fool For Love’ Mark Terzani 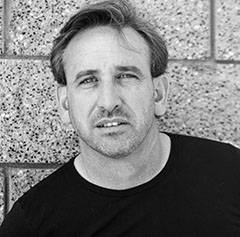 "The Old Man is a caring, compassionate father of loving, affectionate children. He is a living legend who is no longer living." - Mark Terzani

Mark is thrilled to be a part of OpenStage’s production of 'Fool For Love'. He was last seen onstage in OpenStage’s production of 'And Then There Were None' and the Bas Bleu production of The Blue Flower. Mark has had primary roles in more than forty productions in the last sixteen years with OpenStage Theatre, Bas Bleu Theatre, OpenStage etcetera, Prairie Players, Front Range Community College and Northeastern Junior College. He has been named a Colorado Community Theatre Coalition (CCTC) All State Actor four times and has won their Acting Competition twice. Some of his favorite and most memorable roles include John Proctor in The Crucible, Orin (The Dentist) in Little Shop Of Horrors, Lt j.g. Daniel Kaffee in A Few Good Men, Will in A Bright New Boise, Max in The Blue Flowerand Bobby Reyburn in Coyote On A Fence, for which he was named Best Actor at the 2006 CCTC Festival.