In order to maintain the commitment of Fighting for Art, Fighting for Culture, and Fighting for Community, OpenStage is partnering with the local Fort Collins band, VIVIAN to create sound effects and feature their song, “Break” in their production of Natural Shocks by Lauren Gunderson.

Who’s in the Band? 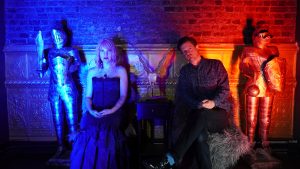 Alana Rolfe is a singer-songwriter, producer, multi-instrumentalist, half of VIVIAN.

Timo Massa is a producer, songwriter, multi-instrumentalist, and the other half of VIVIAN.

VIVIAN is the electronic pop duo born in Fort Collins, CO. VIVIAN’s debut album, The Warped Glimmer is "Spacy in all the right ways and saturated in the tell tale signs of art-rock gone pop, The Warped Glimmer is VIVIAN turning on cruise control and putting the seat back for you. It’s a warm envelope to rest in but exciting enough not to put you to sleep." BANDWAGON MAGAZINE

Throughout 2020, The Warped Glimmer charted #89 on CollegeRadioCharts.com and the acoustic versions of their songs have been featured on NPR Live Sessions twice.

Alana is also known in Colorado for: Stella Luce, Fierce Bad Rabbit, The Slow Crash, Northpaw, …and many more. 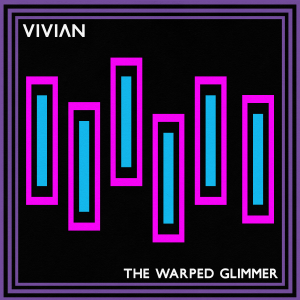 Sometimes, songs are true stories translated to the abstract medium of sound. To listen to The Warped Glimmer, the inaugural full length album by Colorado dream-pop duo VIVIAN, is to witness its members, Alana Rolfe and Tim Massa, falling in love.

Massa’s life underwent a complete metamorphosis: first, a breakup; then, a new living situation, and finally, leaving a job. From that transformative space, Massa sketched out the electronic background of the sonic landscape that would become Vivian. Rolfe heard the songs on Soundcloud and offered to add her lyrics and vocals to the mix. The two were used to working together--in the virtuosic gypsy rock band Stella Luce, and in their music industry day jobs--but for once, they volleyed ideas back and forth virtually, adding their own layers to each song. This project was a grand departure from Stella Luce. Their former band’s fiery rock romanticism, earthy and primitive and often staccatoed with exotic stringed instruments, was replaced with ethereal electronic chill: dreamy washes of synths, full body bass vibrations, and echoing electric guitar. Whereas Stella Luce was proudly egalitarian and rooted in the vibing between members at their frenetic live shows, this new project focused on illuminating the vibrant star power of Rolfe’s vocals. With that new focus, more freedom to edit and carve out their exact vision. Just as The Warped Glimmer’s sparkle began to materialize, the two musicians fell in love.  Vivian was born. Rolfe, slated to move to Wyoming and quit music, left her former relationship to stay making music with Massa. They moved in together and began their most prolific creative project to date shortly before the COVID-19 pandemic hit. In quarantine, their new love and creative collaboration only heated up. “The songs are just tumbling out of us,” says Rolfe.

Occasionally, a sonic element will creep through The Warped Glimmer to reveal the minds behind Stella Luce--like a stringed instrument playing in a minor chord, or Eastern European-tinged feverishness (think the titular song on the Warped Glimmer). Still, others like “Tick Tock Talk” or “Break” sound like they could be the sensual, bass-heavy comingling of FKA Twigs, Portishead and even Dirty Projectors. With lyrics that are edgy and sensitive, begging and pleading: “Don’t break me now,” it’s easy to imagine The Warped Glimmer as the creative lovechild of two people falling in love. Massa even jokes that they make “music to f**k to.” Still, the duo doesn’t want to be pigeonholed. Their goal in creating a dream pop album of this atmospheric ascension is to let each listener experience, and dream, as they see fit.

Listen to the Album

Why Does “Break” Work So Well In Natural Shocks?

Sound Designer, Victoria Villalobos, shares why she decided to include VIVIAN’s song in Natural Shocks.

Theatre has always been a passion. A creative outlet. A way to be able to express myself.  And not having it this past (almost) year has been a real pain! I’m so excited to be finally working on a project with fellow artists and theatre lovers. What better way to share in the joy, than to invite a local band (and friend) to collaborate with me?

VIVIAN, the electronic pop duo founded in Fort Collins, CO, was formed by one of my dear friends Alana Rolfe. Alana and I have been friends since I moved to Colorado (many, many years ago) and I have always been a huge fan of her sultry voice and amazing talent.

When I was first asked to design sound for Natural Shocks, I quickly agreed to it. I didn’t know what the show was about or what was needed, but I knew I wanted to be involved. As I spoke to Sydney ( Producing Artistic Director) about the show and concept, I asked her, “What if I asked a local band to help? Bands are also struggling to find work during this pandemic and we’re already involving the community.”

After listening to a couple of seconds of ‘Break’ I was completely hooked! Then the chorus came up, and I got immediate chills! The song to me is a sensitive plea to not be broken down but it also had that edgy side of it that almost scared you to even attempt to break “her.” I knew I had found the perfect song for the show.

“Hey, Alana, call me for a collaboration!”

CONTENT WARNING: Domestic Abuse, Gun Violence
Based on Hamlet’s “to be or not to be” soliloquy, Natural Shocks is a 60-minute-one-woman-tour de-force, that emphasizes the need for taking action in times of crisis.

50% of all ticket sales and all donations will benefit Crossroads Safehouse in Fort Collins. 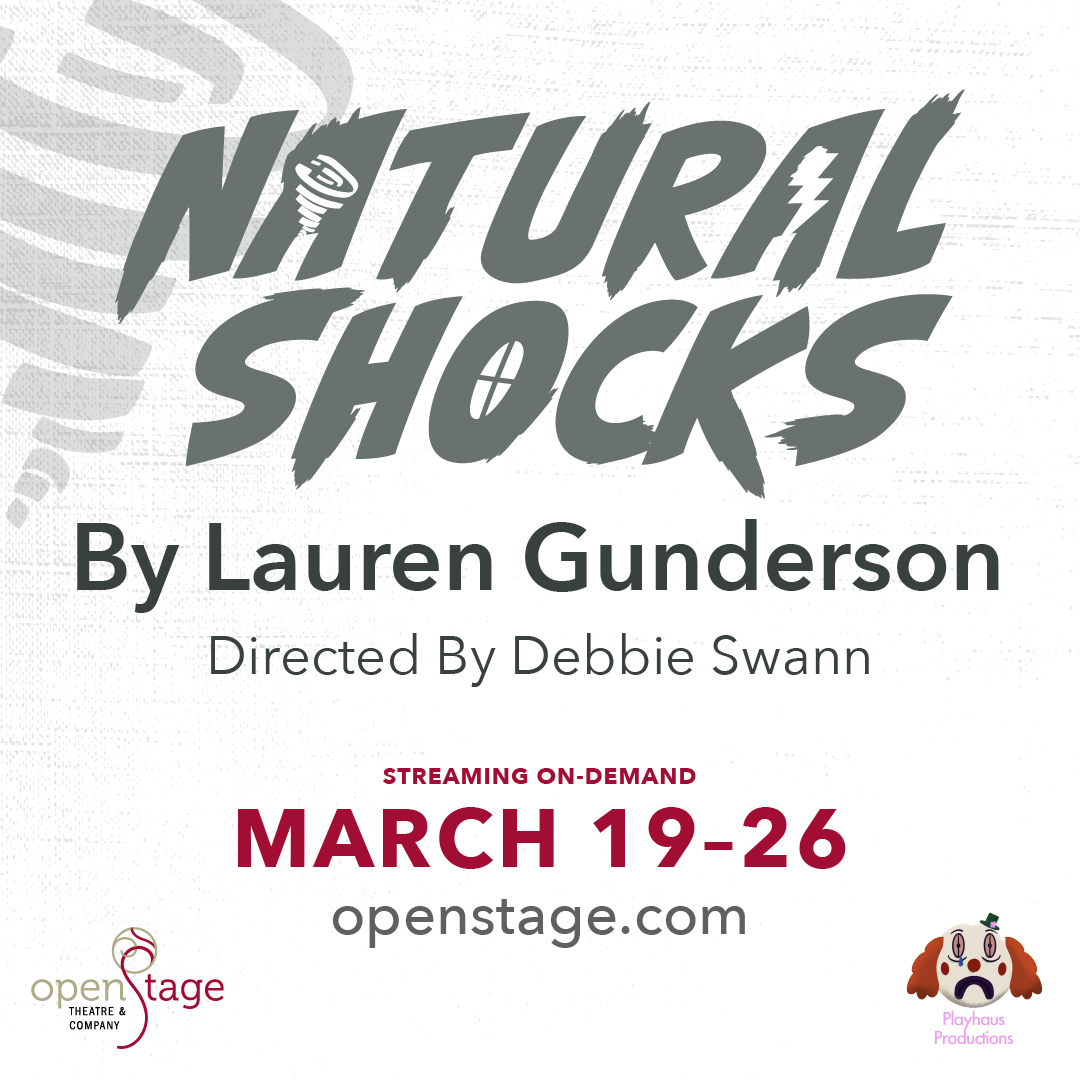