The Chronicles of a Classic

Dramaturgy for Sense and Sensibility

OpenStage’s production of Sense and Sensibility has been rescheduled to March 26 - April 23, 2022. In the meantime, we want to recognize some of the hard work that has already been put into the production!

Sense and Sensibility is one of Jane Austen's classic novels, written all the way back in 1811. To truly immerse the cast and crew in the world of this play, we needed the help of a dramaturg! Dramaturgs are experts in the study of theatre works such as plays or musicals. It is their job to provide the cast and crew with knowledge and research about the theatrical work in question so that they can be better equipped to do their jobs. Our dramaturg for OpenStage, Corinne Weiben, compiled together a guide for the cast, crew, and audience to help better understand the world of Sense and Sensibility. 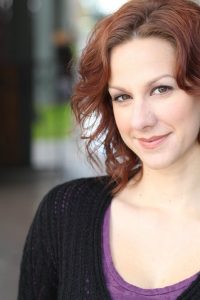 Corinne Weiben directed The Mystery of Love and Sex for OpenStage Etcetera and appeared as Dromio of Ephesus in The Comedy of Errors, Elizabeth Proctor in The Crucible and in the ensemble of Monty Python’s Spamalot. Other performances include Fanny in Bas Bleu Readers Theatre’s On the Verge and Clytemnestra in Electra at Front Range Community College. In addition to her Colorado appearances, Corinne has performed with numerous companies in her home state of California, including The Central Coast Shakespeare Festival, San Luis Obispo Repertory Theater and The Great American Melodrama and Vaudeville. Favorite past roles include Titania in A Midsummer Night’s Dream, Becky in Becky’s New Car and Agnes in A Bright Room Called Day.

In the "A Note from the Dramaturg" section of the packet, Corrinne states the following:

"This guide is intended to help you better understand the world of Sense and Sensibility. I’ve included some background on the novel, the characters, and the historical context. I’ve also included a list of helpful sources if you feel like learning more. With luck, this additional information will help you immerse yourself in Jane Austen’s beloved romance."

Here is some of Corinne’s dramaturgical work for Sense and Sensibility:

Jane Austen (1775–1817) once advised that a writer should write only about settings in which she herself would feel comfortable and welcome. All of her six major novels are set in the country homes and cottages of the lower gentry (of these, four were published during Austen's lifetime—Sense and Sensibility (1811), Pride and Prejudice (1813), Mansfield Park (1814) and Emma (1816)—Northanger Abbey, Persuasion, and the unfinished Sanditon would all be published posthumously).

Austen herself was a member of this comfortable class, her father, George, being an Anglican parish priest educated at Oxford. The family's income was modest, which George supplemented by teaching and farming to bring in between £500 and £600 per year (the same amount that Mrs. Dashwood and her three daughters are meant to live on in Sense and Sensibility). Like many girls of her station, Austen went to school, but after age eleven she finished her schooling at home under the tutelage of her father, learning French, some Italian, and piano. Around age twelve she began writing short stories to amuse her family.

Kate Hamill is an award-winning NYC-based actor/playwright. She is deeply passionate about creating new feminist, female-centered classics, both in new plays and in adaptation: stories that center around complicated women. Her work as a playwright celebrates theatricality, often features absurdity, and closely examines social and gender issues - as well as the timeless struggle to reconcile conscience/identity with social pressures. As an actor, she tends to play truth-tellers, oddballs, and misfits.

Kate was named 2017's Playwright of the Year by the Wall Street Journal. She has been one of the 10 most-produced playwrights in the country, 3 seasons running (2017–2020); in both 2017–2018 and 2018–2019, she wrote two of the top ten most-produced plays in the U.S.
Her plays include Sense and Sensibility, Vanity Fair, Pride and Prejudice Little Women, Mansfield Park, and Dracula and have been produced off-Broadway, at A.R.T., Oregon Shakespeare Festival, the Guthrie Theatre, Portland Center Stage, Seattle Rep, PlayMaker’s Rep, Hudson Valley Shakespeare Festival, Dallas Theater Center, Folger Theatre (8 Helen Hayes Award nominations; Winner, best production) & more. She is currently working on an adaptation of The Odyssey (commissioned by A.R.T.) as well as several new original plays.

From the moment we meet Elinor and Marianne Dashwood, the contrast in the sisters' personalities is clear, as is their relationship with the title of the novel (and play). "Sense" refers to a realistic, grounded, commonsensical approach to life, embodied by Elinor. If sense rules the head, sensibility rules the heart. While we might equate something "sensible" with something practical in the modern era (like a "sensible" plan), the word meant something quite different in Jane Austen's time. In the eighteenth-century sense, "sensibility" might be better translated as "sensitivity." The word implies deep emotional feeling, and a "sensible" person is one whose emotions and passions rule. Clearly, Marianne is the "sensible" one here, with her romantic ideals and dramatic shows of emotion. It's important to note, however, that while Elinor tends to maintain self-command and Marianne lets her heart rule, the two aren't always opposed. Elinor feels deeply, if quietly, and will learn the value of being freer with her emotions. Marianne, too, will learn the value of "sense," especially after the self-reflection afforded by her illness. In fact, in terms of wealth and status, Marianne will make the more practical match.

In the debate between sense and sensibility, Austen seems to argue that one needs both to be truly happy and explores this in the other characters in the Dashwood sisters' world.

General Behavior
- Neither men nor women should fidget; they should sit, stand, and move in a deliberate, serene, and graceful manner.
- All greetings should be reciprocated (unless the intent is to snub someone).
- Because travel was so expensive and arduous, hosts expected to house their visitors for days or even weeks at a time.
- No shouting, arguing, whistling, or rude bodily noises.
- When addressing someone of a higher rank, polite formality is key.
- Gender, age, and class dictate modes of appropriate conversation on the spectrum of familiar and free to formal and constrained.

Gentlemen
- On taking their leave, gentlemen should bow.
- Keep rank in mind: men shake hands only with their equals and bow only to their equals or superiors (or ladies who have acknowledged them).

Ladies
- The height of public and private interaction is conversation. Ladies should be cheerful but also quiet and reserved. They should smile but not laugh loudly. They should not engage in political debate or comment on “men’s matters,” like economics or warfare. Their conversation should be restricted to “genteel” matters.
- Ladies should not cross their legs but sit with knees and ankles together. In a more relaxed moment, a lady can gently cross her ankles.
- Skirts stay down! Lifting a skirt above the ankles is downright indecent and a sign of promiscuity.
- Ladies under thirty should always be accompanied by a chaperone; walks alone are a shocking liberty!
- Ladies should be elegant in dress, but not gaudy. Wearing pearls or diamonds in the morning is just tacky.
- Gloves should be worn at all times in public but can be removed for dining.

Check out the full Dramaturgical packet for Sense and Sensibility here.

When reputation is everything, how do you follow your heart? This fresh, spirited update of Jane Austen’s beloved novel follows the fortunes (and misfortunes) of the Dashwood Sisters ‒ “sensible” Elinor and “sensitive” Marianne ‒ after their father’s sudden death leaves them financially destitute and socially vulnerable. Exploring what it is to be women traversing society, gossip and the opposing opinions of your heart and mind, Hamill’s adaptation explores the classic story with humor and bold theatricality, highlighted by original music and movement. 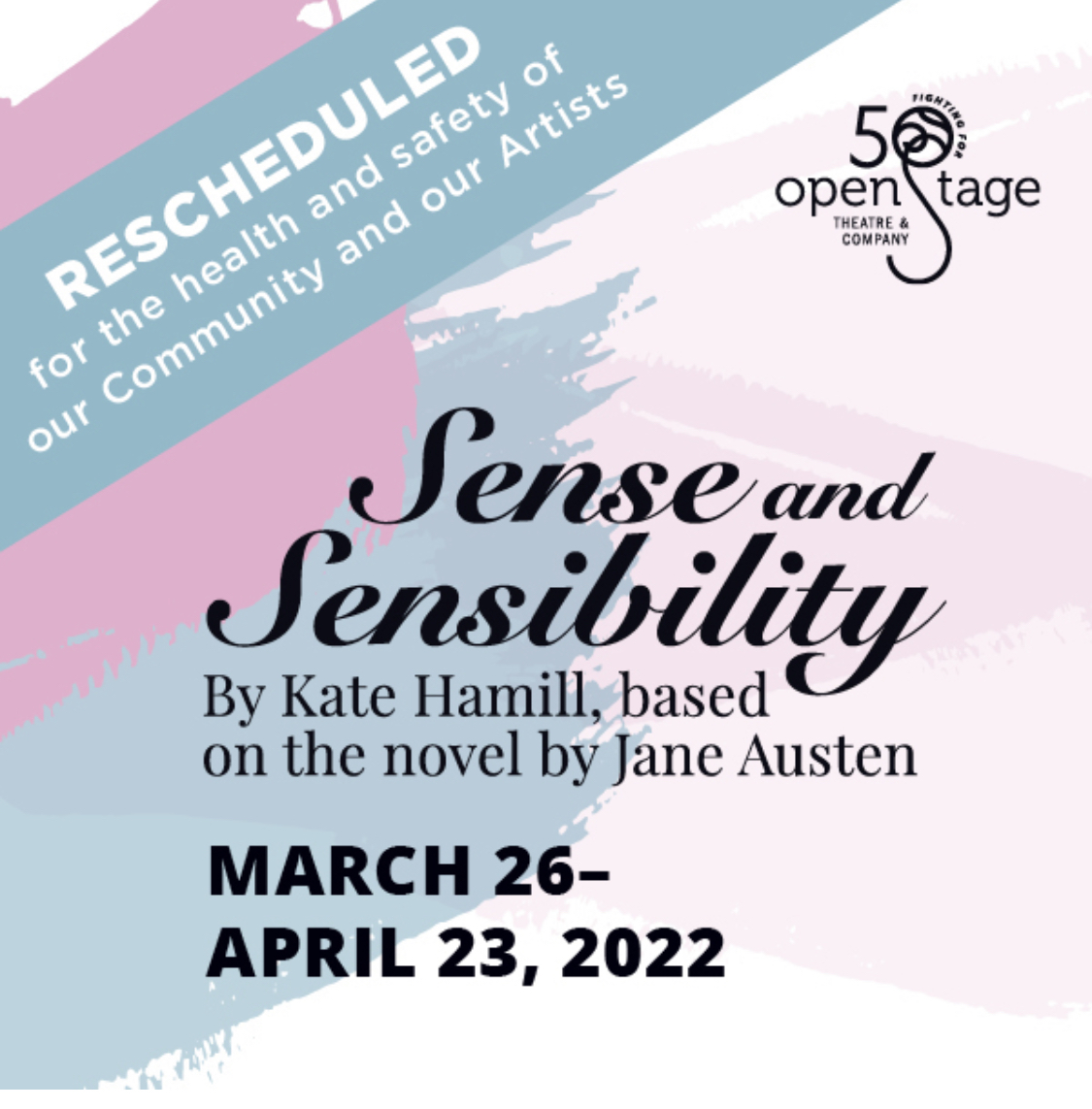