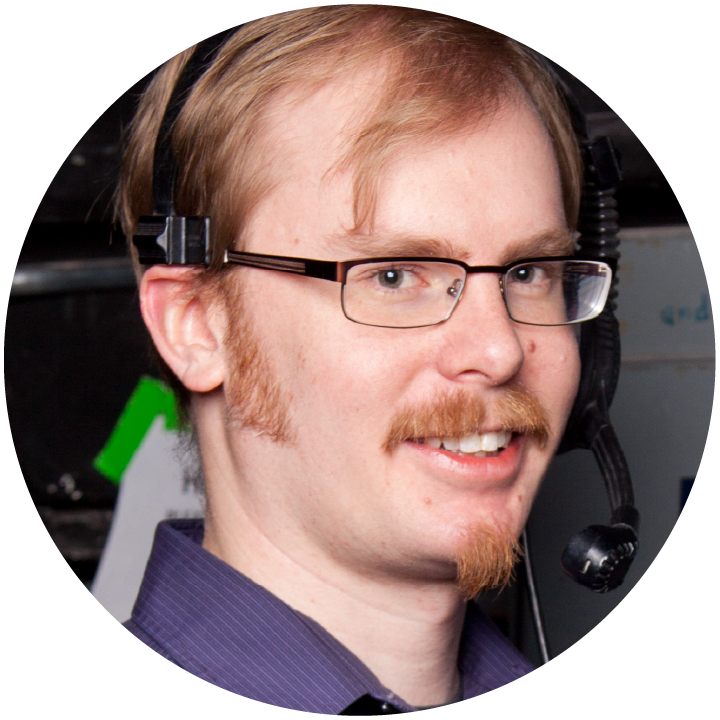 Introducing Dennis Bigelow as the Sound Engineer for "Cabaret"

Welcome local artist and sound-wiz Dennis Bigelow to OpenStage Theatre & Company! Dennis is one of the Sound Engineers for "Cabaret."

Tell us about yourself! What’s your theatre background? How did you hear about OpenStage?

I'm a Fort Collins native with lots of experience in both the music and theatre worlds. I was a student at Debut Theatre Company in the mid 1990s and then became a teacher and director there in the 2010s. In between, I got a degree in Music Composition from Webster University in St. Louis, Missouri, and then spent several years as the Music Director and Coordinator for [email protected] on KRFC. I've also played for a number of local bands, including Danielle Ate the Sandwich and vee device. I've been seeing OpenStage productions since I was a teenager and I'm excited to finally be a part of one!

How familiar were you with "Cabaret" prior to the audition process?

I'll admit, I was not very familiar with "Cabaret" before being asked to join the crew (I'm more into opera than musical theatre), but the setting and story are very interesting, and I'm excited to immerse myself in the world of the Weimar Republic for a while.

What does being a part of the OpenStage family mean to you?

Most of my dearest friends are the people I've met creating art of all kinds, and they always end up feeling like my extended family. I'm very excited to take part in something new with OpenStage and meet some new artists!

What project(s) are you working on next? What is your dream role/project and why?

With the pandemic starting to wane, I'm excited to get back out to playing music around town again. I've been involved with the FoCoMX Music Festival since its inception, and that crew is already in the early stages of planning for the next one in April of 2023. It's always been my dream to write a full-length opera, and maybe I'll get around to it by the time I'm 50!

This dynamic and much-loved Tony Award-winning musical continues to seduce audiences with the tantalizing Kit Kat Klub, where the iconic Emcee assures us that “life is beautiful…even the orchestra is beautiful.” As 1930s Germany slowly surrenders to the atrocities of the Third Reich, dreams unravel and lives are demolished. Cabaret is a dark, visceral, and tumultuous ride that finds us "at the end of the world… dancing… while being fast asleep.”